The tiny but mighty Blue Chip South Conference will have a strong showing of bowlers from Dubois County in next weekend’s semi-state competition in Indianapolis.

Southridge High School Boys’ Team clenched the regional championship after going 10-0 in conference play for the school’s first advancement past regionals in more than a decade. Landon Poehlein and Kaden Luttrell earned single’s advancement to semi-state for the Raiders alongside Forest Park’s Korbyn Persohn.

The lady Wildcats also brought home a regional championship and will be advancing to compete in Indianapolis next weekend. Karleigh LeMond earned 3rd place in singles’ play while her brother, Keyan LeMond, will be moving on as the Blue Chip South single regional champion.

The offices of WJTS, WBDC, and WAXL extend our heartfelt congratulations to these students for their accomplishments over the season and wish them the best of luck as they continue in the state tournament. 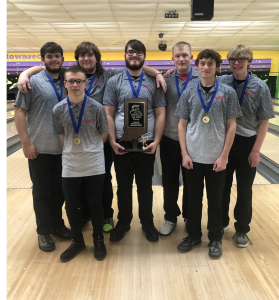 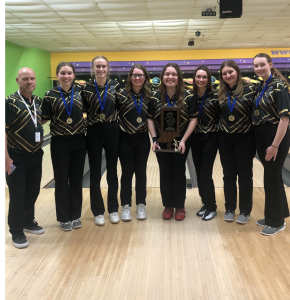 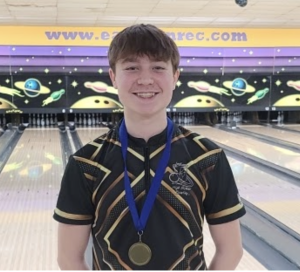